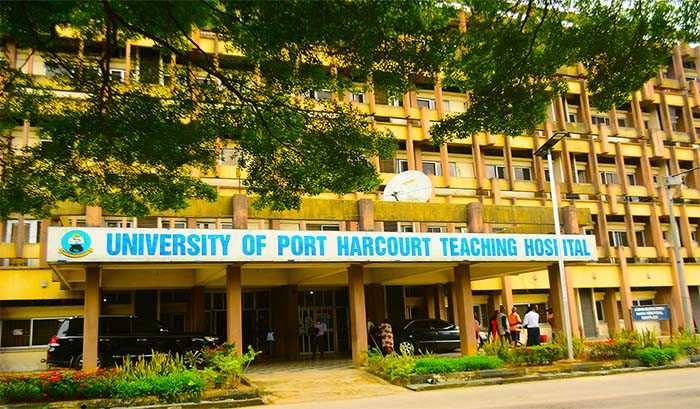 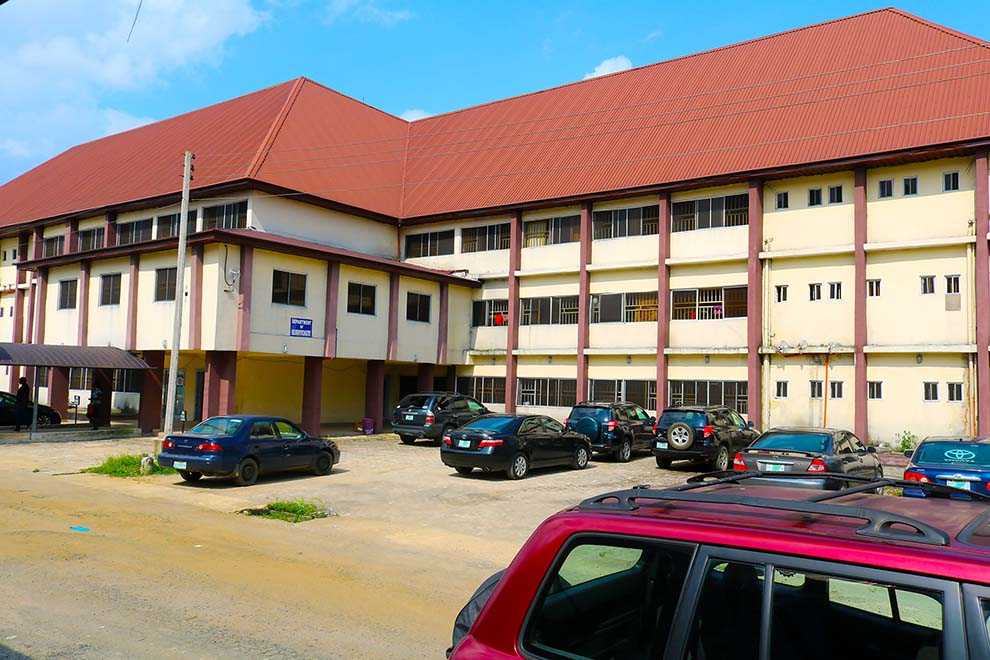 The establishment of the University of Port Harcourt Teaching Hospital in April 1980 came as a result of the desire of the Federal Government to provide excellent medical services, manpower training, and research in all the geopolitical zones of the country. The mandate of the Hospital was derived from Decree 10 of 1985, University Teaching Hospitals (reconstitution of Board etc) Decree.  Our Hospital’s vision is “To be a first-rate world-class Hospital” and its mission statement is “To provide excellent Medical Services, Manpower Training, and Research, using a well trained and well-motivated workforce and the best affordable modern technology with a culture of courtesy, humanness, and patient friendliness”.

In its 38 (thirty-eight) years of existence, it has gone through a remarkable journey in terms of physical and manpower development. The Hospital started as a small cottage Hospital, the Emohua General Hospital which had a 60-bed capacity in 1981. However, in September 1983 it was obvious that the Hospital was too small to serve as a Teaching Hospital. The University of Port Harcourt Teaching Hospital was consequently relocated to the 180-bed Port Harcourt General Hospital.  Between 1983 and the present day this Hospital has been upgraded to an 800-bed Hospital with tremendous expansion in physical, equipment and infrastructure to meet accreditation requirements of the Nigerian Medical and Dental Council (NMDC) and the two Post-graduate Medical Colleges, National/West Africa for the training of both graduate and postgraduate Doctors. Thus, presently all the major clinical and pathology departments of the hospital have been fully accredited and re-accredited. 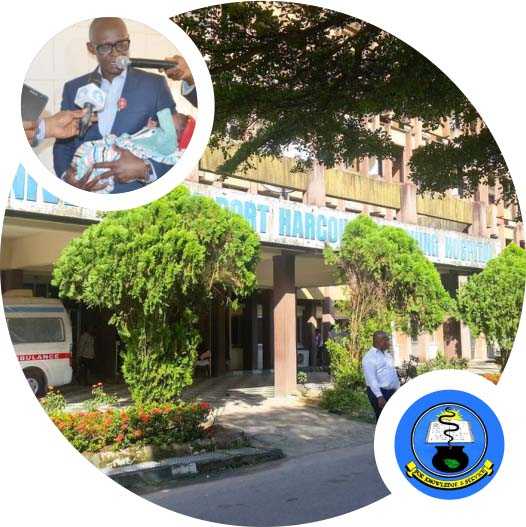 In 1982 the Federal Government commenced work in the Permanent Site located next door to the University of Port Harcourt.  Work was however abandoned in 1984 and later recommenced in 1998, a period spanning 14 (fourteen) years.

By 2001 the first phase was completed and some services commenced at the Permanent Site, leading to its commissioning on the 12th of October 2006 by the then President, Chief Olusegun Obasanjo. Presently, work is still ongoing in order to meet strategic development goals.

Despite the rather tortuous journey, the past 38 (thirty-eight) years have been one of consistent and progressive development in all facets of its statutory functions, i.e. training of health manpower, provision of medical services at Primary, Secondary and Tertiary levels as well as research in Medical and Health Services.

In the last 38 years, UPTH has in collaboration with the College of Health Sciences turned out over 2000 Doctors, over 1300 House Officers and well over 100 Specialists (Consultants).  Some of UPTH trained Specialists are presently working in the USA, Britain and other European countries, Middle East etc with excellent performance reports.

The Hospital is considerably well-equipped with modern medical equipment. In 2006, over two billion naira (N2b) worth of highly sophisticated medical equipment from the Federal Government/Vamed programme was commissioned to augment what the Hospital already had.  Some of such equipment include Magnet Resonance Imaging (MRI), Mammography machine, Intensive Care Monitors, 2D-Doppler Echocardiography etc.

The University of Port Harcourt Teaching Hospital is the foremost tertiary health facility in Rivers State.  However, it provides primary and secondary level care as well.

The Hospital’s Management introduced the Revolving Fund Scheme System patterned after the Drug Revolving Fund Scheme of the Federal Ministry of Health in 1998. By this Scheme, the revenue-yielding departments were made quasi-autonomous in areas of funds generation and utilization. This in itself boosted the morale of staff of the various departments as they saw themselves participating in and being responsible for the achievements of the Hospital. This also led to the reduction in the out-of-stock syndrome associated with the availability of drugs and other consumables in the Hospital.  It has now been further modified to run in accordance with the government’s policy of Due Process and accountability.

The combined effect of the implementation of the Revolving Fund Scheme Programme, Due Process, and accountability policy has boosted internally generated revenue. Similarly, equipment repairs and minor structural repairs of buildings and facilities have been affected with minimum delays through this process. 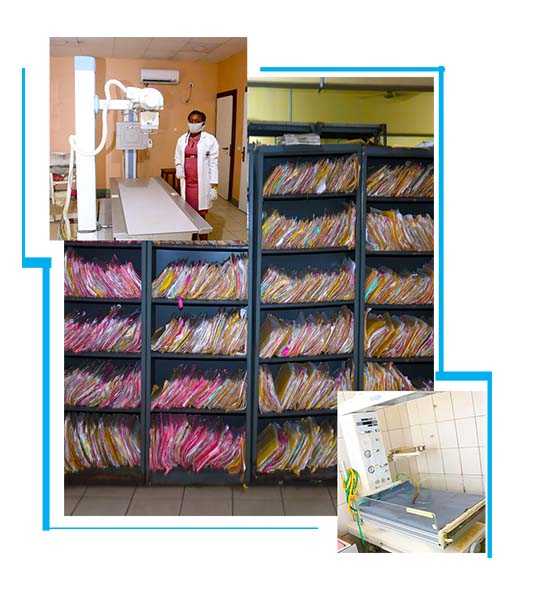 The National Health Insurance Scheme is fully operational as the staff of this hospital and other public servants are currently accessing its services. RESEARCH There had been various collaborative researches/studies and drug trials.  Example of these are:

There have been several hospital-based individual research by consultants; these have appeared in local, national and international scientific journals.

The UPTH has recorded significant achievements in major areas in the health sector under the watchful supervision of the parent ministry, Federal Ministry of Health and other allied ministries/agencies. The achievements basically cut across various segments in the hospital ranging from manpower, clinical, infrastructural, the establishment of clinical subspecialties, improvement and increase in service delivery, Public, Private Partnership (PPP) and collaborations with Non-Government Organisations and Research.

We have achieved massive expansion and training of resident doctors and other categories of staff on in-service training,  clinical attachments, rotations, workshops, seminars and conferences in and outside Nigeria.

(a)  The take-off of School of Post-Basic Paediatric Nursing.

(b)  The take-off of Community Health officers’ programme.

(d)   Establishment of School of Post-Basic Accident and Emergency Nursing.

As a result of investment in manpower training and equipment upgrade, the following previously non-existent services are now available in CLINICAL AREAS:

Meet Some of Our Specialist

Behind the word mountains, far from the countries Vokalia and Consonantia, there live the blind texts. Separated they live in Bookmarks grove right