The family of Miss Adeola Abioye a former patient has donated a traction bed to the Physiotherapy Department of the University of Port Harcourt Teaching Hospital.

Miss Adeola underwent treatment at the hospital for a period of a year and six months, during which she had series of rehabilitation sessions following a road traffic accident that left her traumatized with spinal injury at the cervical level.

Mrs. Taibat Olatinuke Abioye, mother to Adeola while presenting the traction bed to the institution, on the 22nd of March 2019 expressed her satisfaction with the immense love and care shown to her daughter while she received treatment at UPTH.

The Chief Medical Director, Prof. Henry A.A Ugboma who received the donation from the patient’s relative thanked the family for recognising and encouraging hard work adding that if every patient’s family can be this generous, then the institution will be a better place for everyone.

Mrs. Abioye, who is also a staff of the hospital said the donation was to show the family’s heartfelt gratitude to the Physiotherapy Department and also aid the hospital in promoting its drive to providing the best healthcare for its patients.

Speaking to UPTH Press, Dr. Ogbonaya Obi, a Senior Spine Physiotherapist who was the personal physician to the patient. Miss Adeola, also expressed great delight at the arrival of the Traction Bed to the Spine Unit. He said the goodwill of this family will go a long way in facilitating healing. He also went on to explain how the Unit had managed manually over the years and the huge relief the equipment would bring to the Unit and the department at large.

The HOD, Pastor Alfred Omojunikanbi and other members of the department all came out in appreciation to the donation made to the department.

View all posts by upthonline 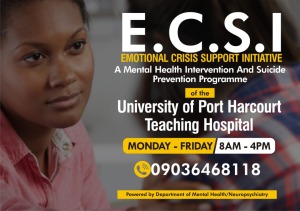